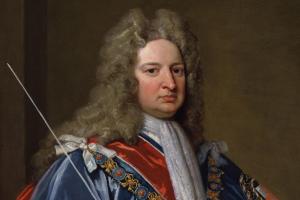 Harley’s education was purely nonconformist, his father changing his mind in 1678 about sending him to Oxford. Thomas Coningsby wrote of him to Harley’s father on 27 Aug. 1681 in terms that the friends of his maturity would scarcely have employed, except sarcastically:

I have been to wait upon your most sober and ingenious son, and Mr Foubert gives him such a character that I believe no young man in England ever had a better.

It is probable that Coningsby, who was fresh from the ignominious outcome of his escapade with Lady Scudamore, promised to bring Harley in at the next opportunity for Leominster. This was not in his power in 1685, but on 4 Oct. 1687 Thomas Harley wrote: ‘It is spoken at Leominster that my nephew Harley would stand to be burgess there’. Harley was under arms with his father in the Protestant interest in December 1688, and was sent to report to William of Orange at Henley. But he was again disappointed at the ensuing general election, when the interest of John Dutton Colt and his claims as a Whig martyr were too strong to be set aside. Harley now pinned his hopes on his father’s old seat at New Radnor, in the vain expectation that the election of Richard Williams would be declared void on petition. The promotion of (Sir) William Gregory to the King’s bench created a vacancy at Hereford, but he reluctantly decided that so large and open a constituency was beyond his means. Meanwhile, consumed by ambition, he was limited to the care of his father’s estate and the ceremonial duties of a sheriff. But on the death of Charles Boscawen his brother Hugh brought him in for Tregony unopposed.3

Harley took his seat as soon as he could secure permission to leave Herefordshire, and on 14 May he made his maiden speech, calling for justice on those responsible for the shambles in the west after Monmouth’s Rebellion. He was an active Member of the Convention, sitting on 24 committees. He took part in drawing up the new oaths of allegiance and supremacy before obtaining three weeks’ leave to attend to his county. In the second session he was named to the committees to prepare charges against the former treasury solicitors, to inquire into war expenditure and to consider the second mutiny bill. On 8 Nov. (immediately after giving up his shrievalty), he was ordered to take charge of presenting a bill to ease sheriffs in their accounts. He was teller for the address asking the King who had advised the appointment of Commissary Shales. He was appointed to the committee for restoring corporations, and supported the disabling clause. On 21 Jan. 1690 he spoke in favour of punishing offences rather than individuals responsible for tyrannical rule: ‘if you take persons at random, possibly you may not take them that are most guilty’.4

Harley had made a promising start on orthodox Whig lines, but he was soon to follow his brother-in-law Paul Foley into the new country party, which merged with the Tories. He was in office for most of Queen Anne’s reign, for the last three years as prime minister. On the Hanoverian succession he was impeached on the motion of his local rival Coningsby, who, with a symmetry appropriate to the Augustan Age, thus brought down the curtain on the political career which 35 years earlier he had undertaken to promote. Harley died on 21 May 1724, but the Harleys continued as a great parliamentary family till 1802.