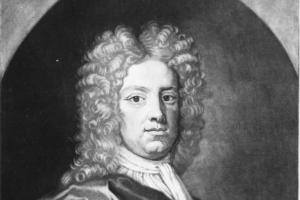 Edward Winnington, who took the name of Jefferies when his wife succeeded to her uncle’s property in 1709, was described by a contemporary as ‘the most pleasing as well as most powerful advocate at the bar he had ever known upon the Oxford circuit’.

He ... might have attained the highest honours in his profession, had not his ambition been restrained by his love of country sports, particularly by the pleasures of the chase, for he kept his foxhounds to the last, amidst the fullness of business, as his father, Sir Francis, had done before.1

A distinguished speaker in Parliament and a Tory, he supported the Harley Administration, under which he was made a Welsh judge. After George I’s accession he became a leading member of the Opposition, speaking against the Government on the septennial bill in 1716, the army in 1717, and the repeal of the Occasional Conformity and Schism Acts and the peerage bill in 1719. In 1721 he was elected to the South Sea committee. Hitherto he had not received an increase of salary granted to all the other Welsh judges but in 1721 his salary was

ordered to be augmented as well as the others, and the arrears to be paid him from the time the others were augmented. This is said to be procured without his privity, by his friend the Viscount [Harcourt]; he seems very uneasy at it, but it is thought he will take it.2

In 1722 he seconded an unsuccessful motion by Archibald Hutcheson for election petitions to be heard by a select committee, pointing out

that this had been the constant usage and practice ... and that it had never been otherwise, till the long Parliament in 1641, when all things were in confusion.

of a mortification in his foot, occasioned by the cutting of a corn which, in pursuit of the pleasures of the chase, had been hurt and bruised to a great degree, and, to stop the mortification, his leg was cut off, an operation which he bore with incredible fortitude, but died in two or three days after,3