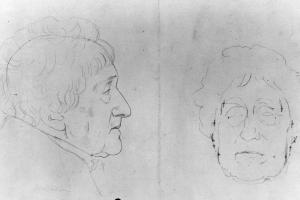 Forbes returned to England in 1811 after 24 years in his uncle’s Bombay merchant house.1 Interested, both as a proprietor and as a private trader, in the anticipated renewal of the East India Company’s charter, he successfully contested Beverley in 1812 on a platform of opposition to the Company monopoly. In his election address he announced:

I shall go into Parliament unacquainted with, and independent of every party. My inclination will certainly lead me to support his Majesty’s ministers, when I think they are entitled to it; but I shall never hesitate to withhold that support, when I cannot conscientiously give.2

He did not appear on the Treasury list of supporters after the election and was queried on a list of the Marquess Wellesley’s.3 His Indian background doubtless justified his inclusion on the latter list, but there may also have been some confusion with Wellesley’s private secretary, John Forbes. He first spoke against the fire-arms bill, 16 Mar. 1813, and on 13 and 24 May voted for Catholic relief, which he continued to support when present.

Forbes’s knowledge of India made him one of the most effective speakers (as a select committeeman) in the debates on the renewal of the Company charter in June 1813. Apart from resisting the Company’s trade monopoly and its extension to China, 1, 3, 16 June, 1 July, he vehemently opposed the introduction of Christian missions, 1 July:

His father was a clergyman, he had a brother a clergyman, and he intended making one of his sons a clergyman. It could scarcely be supposed, therefore, that he was indifferent on this head. He had assisted, besides, in translating the four gospels into the Hindoo language, and had received the thanks of several of those gentlemen for so doing. He had translated the gospels, but he left the Hindoos to do with them what they pleased.

On 12 July he prophesied the ‘worst possible consequences’ from missions and on 6 Mar. 1816 that ‘we might probably find to our cost that we had too few soldiers in India and too many missionaries’. He paid tribute to the Indian army in the vote of thanks to the forces, 6 July 1814. On 13 and 14 July he supported increased pay for subalterns, thinking that it should have precedence over aid to German war victims. He withdrew a motion on behalf of unemployed midshipmen in the hope that the Admiralty would do something for them, 20 July; it was a subject he returned to.

Forbes steadily opposed the corn bill, holding out for 76s. rather than 80s. as a maximum protection rate, 8 Mar. 1815. He voted for Whitbread’s motion in favour of Spanish political refugees at Gibraltar, 1 Mar., and against the transfer of Genoa (on the motion of a fellow East Indian, Mackintosh), 27 Apr. He supported the London petition for peace and retrenchment, 1 May. He was a critic, from the Indian standpoint, of the ship letter bill, 20 Feb., 21 Apr., 9 May. On the navy estimates, 24 Apr., he called for better quality cables than the public dockyards then produced. He was critical of the foreign slave trade bill, though he denied that he favoured the trade, 5 May. On 31 May and several times during the next month he was a spokesman for the country banks, particularly those in Scotland, against the privileges of the Bank of England in the matter of stamp duties. He approved the acquisition of the Cape, 12 June, but criticized the transfer of the island of Banca to the Dutch, 15 June. On 21 June he testified to the ill effects of flogging in the Indian army. He advocated a larger supply for the army, 23 June. Having voted with ministers on civil list questions, 14 Apr., 31 May, he came out in favour of the Duke of Cumberland’s marriage grant, 29 June, when he amused the House by declaring that he disbelieved ‘more than one half of what he heard—nay, he doubted even what he saw’. He suggested remuneration for the Duke of York as well as a vote of thanks, 4 July.

Forbes complained that the army was more adequately paid than the navy, 5, 14 Feb. 1816. He voted for the army estimates, 6 Mar., but repeatedly opposed the property tax. He said it was hated throughout Scotland and pressed heavily on the ‘middling’ classes, not on the rich. In 1815 he had called for the exemption from it of officers serving abroad and now asked the same for half-pay officers and officers’ widows, suggesting that an equivalent amount might be raised from the profits made by the Bank. After voting against the tax on 18 Mar. he clashed with Castlereagh two days later, when he accused ministers of abandoning the wartime malt tax merely for popularity’s sake. He opposed the navy estimates, 27 Mar. To judge by a speech of 1 Apr., he was sitting on the opposition side. His interest in better conditions of naval service culminated in a motion of 10 Apr. 1816 on behalf of officers serving abroad. It was negatived, and he denied that he was a ‘receiver-general of grievances’; but there was some acrimony between him and the Admiralty secretary, John Wilson Croker, whose salary increase he had opposed (13, 20 Mar.). On 9 May he announced his support for Milton’s motion against the leather tax and, if it failed, for a select committee on it, as proposed by government. Although he continued to support ministers on the civil list, 6, 24 May, he was in the minorities on the Bank restriction, 1, 8 May, and on the aliens bill, 20, 28 May.

Forbes appears to have been absent ill in the session of 1817; he supported Catholic relief by pair on 9 May and on 23 May took six weeks’ leave for his health. On 5 Feb. 1818 he was back, defending the secret committee on sedition. He voted with ministers on this question, 10, 11 Feb., 5 Mar. He also combated Lord Archibald Hamilton’s bid to secure the reform of the Scottish burghs, 13 Feb., with reference to the burgh of Aberdeen. In March he was reported to be a candidate for Linlithgow Burghs, but not to stand much chance—nothing came of it.4 He supported the building of new churches, 17 Mar. Since Canning had taken over the Board of Control for India in 1816, he had found less to say on Indian affairs,5 but on 18 Mar. 1818 suggested more debate on trade questions. The question of the ducal marriage grants appears to have embarrassed him. He was at this time on the ministerial dinner lists.6 On 15 Apr. he said he favoured equal grants to the dukes and complained of the lobby against the Duke of Cumberland, but he was listed in the opposition majority for Sumner’s amendment to the Duke of Clarence’s grant. Next day, assuring the House that the feelings of the country were in favour of the Duke of Cumberland, he was at loggerheads both with Castlereagh for the ministry and with Brougham for opposition. He opposed Brougham’s motion for inquiry into popular education, 3 June 1818.

Forbes gave up Beverley, apparently to the regret of his supporters there, at the dissolution of 1818 and became the guest of Joseph Pitt for Malmesbury. He voted for the addition of Brougham to the Bank committee, 8 Feb. 1819, and also on 23 June for his motion on the abuse of charitable foundations. On 2 Mar. he supported Mackintosh’s motion for a review of criminal law. Having on 20 June 1815 described colonial governors as ‘petty tyrants’, he came to the rescue of his friend Governor Macquarie of New South Wales when his reputation was at stake, 18 Feb., 23 Mar. 1819. He was in the minority for the reduction of the lords of Admiralty, 18 Mar. He again defended the burgh of Aberdeen against Lord Archibald Hamilton’s charges, 1, 26 Apr., and warned on 6 May that the English boroughs would next be impugned. As on 21 Apr. 1818, he supported the repeal of the Irish window tax, 5 May 1819. He favoured prosecution of those guilty of bribery at Barnstaple, 10 May, but voted against the extension of the franchise at Penryn, 22 June. He was in the government majorities on Wyndham Quin*, 29 Mar., and against Tierney’s censure motion, 18 May; but in the minorities against the foreign enlistment bill in June and on the resumption of cash payments by the Bank, 14 June. He advocated compensation for the Duke of Kent who had come home ‘in order that his child should be a native of this country’, 2 July. His only known gesture in the last session of that Parliament was to assert that the burgh of Aberdeen was not bankrupt, 21 Dec. 1819.

Forbes died 20 Nov. 1849. His ‘advocacy of justice for India was ardent, untiring, uncompromising ... regardless of all personal considerations’.7