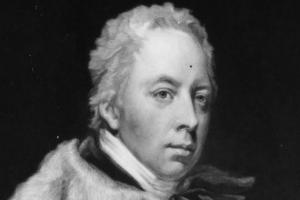 Lowther’s unwillingness to desert Pitt on the Regency question at the behest of his cousin James, Earl of Lonsdale, on whose interest he sat for Cumberland, led to bad blood between them. Nevertheless, Lowther (who was Lonsdale’s heir presumptive) informed James Boswell, 22 July 1790, ‘that L. had left him out of the county of Cumberland at the general election, without any reason that he could find out and without even signifying any offence. He was of opinion that L. was mad.’1 He was not politically ambitious and became an army officer. In February 1796 he was urged with Pitt’s concurrence to offer for Northampton, but declined.2 At the ensuing election he came in unopposed for Rutland, where he had a residence at Cottesmore. He received the support of the grandees and of Lord Harborough, whose son retired in his favour, while the Treasury looked forward to his support. When Pitt applied to him to second the address he was reluctant, 25 Sept. 1796, being out of practice and an embarrassed public speaker: but he did so discreetly, 6 Oct.3 He scarcely drew attention to himself in the House thereafter. On 31 Mar. 1802 he voted for inquiry into the Prince of Wales’s income. He was reconciled with his cousin, who wished (28 May 1801) that Addington would make him a privy councillor. A month before the dissolution of 1802 he inherited Lonsdale’s estates in Cumberland and Westmorland, with the lieutenancies of those counties and £100,000 in personalty, and his say in the return of nine Members. He took his seat in the Lords, 26 June 1802.

Lowther remained an adherent of Pitt and welcomed his return to power in 1804, but was disillusioned by his reconciliation with Addington (January 1805) and with the general drift of his government. A political breach was rumoured, but never seriously intended by Lowther. It was averted by personal loyalty and by Pitt’s honouring a promise of ecclesiastical preferment for Lowther’s uncle Dr Zouch.4 In 1806, after expressing goodwill towards Lord Grenville’s administration, he soon changed his mind on seeing that Pitt’s friends were excluded and Fox’s given the preference. He was therefore prepared to offer a hearth to Pitt’s friends in opposition, particularly when Fox’s death made no difference to the composition of the government, but the ensuing dissolution made him pessimistic as to their prospects.5 In March 1807 he rallied to the Portland administration, declining the privy seal, but being prepared to take the duchy of Lancaster. Instead he accepted an earldom and blue ribbon for his part in negotiating the new administration.6 Subsequent administrations were at pains to attach him to them and the battle to preserve his beleaguered electoral inheritance made it easier for them to do so.7 He died 19 Mar. 1844.