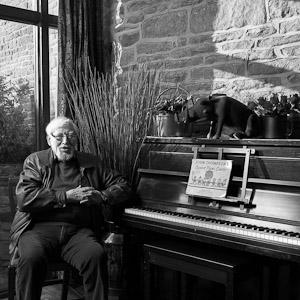 Peter Michael Jackson was born in Sheffield on 14 October 1928, and was educated at a Sheffield Grammar School, Durham University and University College, Leicester. He married Christine Thomas in 1961 (marriage dissolved 1979).

Before joining the Labour party he was a member of the Commonwealth Party. He entered Parliament in 1966, representing High Peak. He stood again in 1970 General Election but lost to the Conservative Spencer Le Marchant.

He later pursued an academic career and was a Lecturer at the Department of Sociology of the University of Hull, Fellow at University of Hull and Tutor at the Open University (1972-74) before becoming Senior Planning Officer in South Yorks (1974-77).

"My mind on the abortion issue was very much concentrated by – I could strangle the man – a judge who gave a woman a long jail sentence, like … Mrs [Vera Drake]. I sounded off in Parliament, I don’t know what I did but I made the lead story in the Sheffield newspapers, which surprised me, in criticism of this particular judge. As a result of this, I was put in touch with a working class man who was the husband of the lady who’d been sent to prison for I think it was four years, and I went to see him and he had three kids and he wasn’t skilled in childrearing and he was devastated by this. I felt very sorry for him. I can still see it now. That concentrated my mind, like nothing, to see a family’s life destroyed... if you ask me what was my most important contribution it would be my role in bringing about rights for women which they never had before, and hopefully not sending women to prison... The police browbeat a woman who had given her a fiver, and she said didn’t want to accept it, but the point is she was forced to accept it."

Click here to find this interview in the British Library

Track 3 cont. [00:54:17] Mentions Terry Rachet. Description of moving to Lesotho and funding for university. Mentions fathers death and mother moving to live with PJ. [00:58:22] Discussion of relationship after his first wife. Mentions being banned from South Africa and having luggage inspected for banned books. Speaks of being arrested for entering South Africa without having passport checked but found not guilty. [01:07:02] Discussion of returning to England after four years. [01:07:32] Mentions involvement in National Trust. [01:08:00] Discussion of PJ’s partner’s son Paul who was a teacher. Mentions visiting Paul in Papua New Guinea. [01:10:16] Discussion of inheriting a property and money after PJ’s mother died. Description of buying a property in Australia.