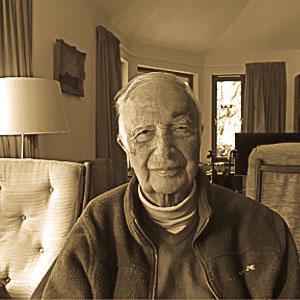 Born in Glasgow in June 1922, Ronald Murray was educated at Edinburgh and Jesus College, Oxford. During the Second World War he served in the Royal Engineers, before becoming an Advocate in 1953. In 1950 he married Shiela Gamlin, with whom he had two children, and he pursued a successful legal career, becoming a QC in 1967.

Murray contested three Scottish seats in four elections between 1959 and 1965 before being elected for Edinburgh Leith between 1970 and 1979. He became Lord Advocate in 1974 and was appointed to the Privy Council. On losing his seat in 1979 he continued his legal career, appointed to the Court of Session and High Court of Justiciary as Lord Murray in 1979. His political activism continued with active opposition to the atomic bomb through the World Court Project. He died in September 2016.

Click here to listen to the full interview with Ronald Murray in the British Library.

The big issue when I went in in 1970 was Europe. Ted Heath was the Prime Minister, and there was a tremendous debate in the first four years about Europe. Again I was very prominent in that, and the debating of that, because I had legal knowledge and training. I remember a lot of all-night sittings, I would be encouraged to stand and talk and talk and talk to keep the thing rolling on. At that time I was against going into Europe, therefore I was closely associated with some of the Conservatives against going into Europe: a little separate lobby if you like, of anti-European people. My main reason was that Edward Heath tried to steamroller everybody into joining Europe. Heath […] and the Tory establishment set up an extremely undemocratic system for dealing with it. I, as an ordinary MP in opposition, I was very used to proposing amendments to legislation that was opposed by one group or another group of the Labour party, I was quite active in doing that. When it came to the European Union nothing was allowed, there were no amendments, they were all steamrollered away, and it was very, very undemocratic. So I was absolutely furiously anti-European at that stage. Of course later things have changed.